I saw this quote the other day and it got me thinking… “A great photographer can make a great photograph whatever the camera. A bad one will still make a bad photograph on a four grand digital camera that does everything for you. It’s about a way of seeing, not technology.”

Over the years I have been on a number of organised shoots (usually photographing models) and been more than a little intimidated by someone (always a gentleman) with a very expensive camera. Usually they will invite everyone in the group to stroke/touch the camera, feel how heavy it is and even put it up to their eye to see through the view finder should they so desire. They stand there proudly displaying their prized possession and beam benignly as the oooos and ahhhhhhs emanate from the gathered throng who have always wanted to experience what it feels like to have such an expensive piece of kit in the hands. As I am extremely clumsy I have no desire to get to grips with said camera I always decline the offer to hold/stroke the expensive toy.

I have found that, more often than not, these fellas speak in quite loud voices about how much they have spent on their equipment, how many  older versions they have at home, how impatiently they are waiting to upgrade to the next version, what added extras they have purchased and how much they have spent (to the nearest penny) to date on their “hobby”. They know everything about the technical make up of the camera and could bore for Great Britain when it comes to f stops and hyperfocal distances. I have no interest in such technicalities so usually wander off into a corner and await the photographic session to start.

When I am in a group that includes such a person my insecurities always get the better of me and as I usually choose to go last photographing the model – it gives me the opportunity to watch how these people actually take pictures and more often than not (in my experience)  they haven’t got a clue.

I have observed that they can expertly set the various knobs and dials but they have no idea how to position the model, how to direct her, how to get the right angle etc. Instead they will just ‘snap away” and let the model “get on with it”. I have seen them wave a hand in the general direction of the model and shout “just do want you want love….. I’ll just carry on this side” Which is fine if you have been blessed with a great model who knows her angles etc but its not helpful to her or what you are trying to produce  in the long run.

Usually the next step is that we all gather around the camera (to see what it can do) and yes the subject matter is usually pin sharp but lacking in any kind of artistry or imagination.

At the end of the session I have been handed  their card which contains their website details and/or a link to their Facebook page and when I have  looked later at what they have produced I have been a bit disappointed as to what they have achieved…… did they really get those images from that camera?

Okay, it may be that I have been “unfortunate” to have been in the company of these people – and it could be that I have missed out on being around people who have top end cameras and know instinctively how to get the best out of them both technically and artistically, I am 100% sure there are loads of them about…. its just I have never been in their company.

So as far as I am concerned I agree with the above quote  ‘A great photographer can make a great photograph whatever the camera. A bad one will still make a bad photograph on a four grand digital camera that does everything for you. It’s about a way of seeing, not technology.” 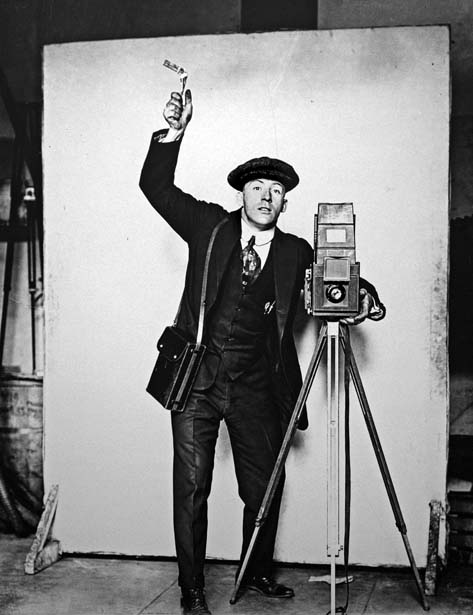